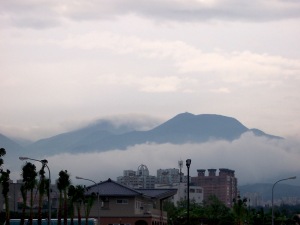 As I tweeted earlier this week, I will be visiting Taiwan for the first time in 10 years at the beginning of September. I thought I would take this opportunity to throw it back to the summer of 2005 when I took that last trip because so much has changed since then. In doing so, I also got to look through all the photos I took during that trip (with my cumbersome 3.2 megapixel digital camera, I might add) for the first time in years. I plan to take many more on this upcoming trip. 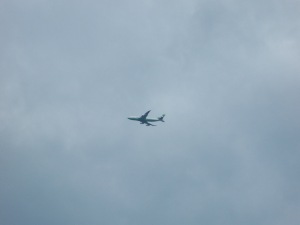 I flew to Taiwan from Houston mere days after my high school graduation. I did not walk at commencement, a personal decision of mine that everyone told me I would one day regret. To this day, I do not regret it. If anything, it made my college graduation, which was one of the happiest and proudest days of my life, that much more meaningful. At that time, however, it gave me a strange feeling of being in limbo, as if I had never actually graduated at all.

While I was in Taiwan, I wrote a short essay about that feeling. I don’t think I ever read it again afterwards — maybe once, long ago, but certainly not recently. I think I was honest with myself in a way I very rarely am, and it’s also worthy mentioning that I wrote it by hand in a blue notebook. (Now that notebook has been dismantled because the covers were always falling apart. I used to carry it everywhere, though I never wrote anything substantial in it because I so disliked writing anything longhand.) Here is an excerpt of that essay, which I am just now reading again:

I’m writing this essay by hand because I feel that that’s the way it’s meant to be. I always had trouble with my fingers moving my pen fast enough to keep up with my mind the way they could on the keyboard of my laptop. My typed words always seemed to fit more perfectly together. But maybe they aren’t as real. And maybe that’s kind of the point. Maybe everything in my head isn’t worth putting down on paper and my pen can filter out those useless words. Or maybe not. I guess it doesn’t really matter just so long as I write what I’m feeling. I’ve always felt that I feel things too deeply. Or maybe the trouble was that I didn’t feel them deeply enough. It’s hard to tell the difference sometimes.

I’ve seen that so much in the past couple of weeks. They’ve been hard, I guess. Too much change happening too fast. Graduation was kind of what made all my thoughts on the matter. Everybody was walking onto the floor and I was crying before they’d even reached their seats because I was already at my seat but it wasn’t where it should’ve been. 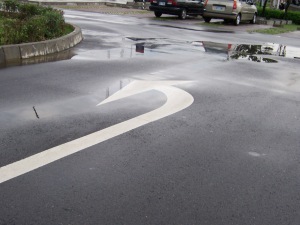 Frankly I cannot share most of the essay because it was rather angst-ridden, and most of what I was angst-ridden about is no longer worth revisiting. But I think it was rather an insightful look at my state of mind at that point in time and I’m really glad I wrote it. I stopped journaling in the middle of college because I just found it exhausting and I was very busy. I stopped journaling on real paper way before that; it was during my freshman year of college, I believe. I miss being able look back on a specific year and remember what exactly was going through my mind in those days. I wish I’d kept it up.

One of my goals this fall is to start blogging more often. It always feels so daunting. I do not like writing long things. I do not like it, Sam-I-Am. I do not like it sitting in a chair. I do not like it sitting on a bear. That’s why I started tweeting in the first place, and that has been great. But sometimes 140 characters can be a bit limiting. I vow now not to feel intimidated by a non-existent page quota! I can write a 3-sentence microblog if I want to! This is not college! I do not have to have perfect grammar! I don’t have to write filler! I don’t even have to sound coherent if I don’t want to! This is my blog! And I can do what I want to, do what I want to! 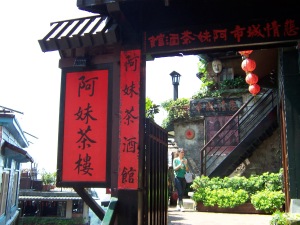 Whew, I feel much better now that I’ve gotten out all the inane children’s books quotes and 1960s song lyrics that are forever bouncing around inside my head. Anyway, assuming I can get decent wifi in my various hotel rooms, I will be blogging throughout my trip. These will most assuredly be brief microblogs because I will be writing them on my phone.

Who is the third who walks always beside you?
When I count, there are only you and I together
But when I look ahead up the white road
There is always another one walking beside you
- T.S. Eliot, The Waste Land